Nearly two thousand people came out to Fort Meade today for a mass rally in support of Bradley Manning. The demonstration brought together a wonderfully diverse group of supporters, and cheers, chants, speakers and hundreds of smiling faces energized the group prior to one of the most important trials in American history. Several high-profile speakers (see below) discussed the significance of Bradley’s actions for America, and for the world. Ralliers marched from the Reece Road main gate to the Llewelyn gate, honoring the heroic whistleblower. 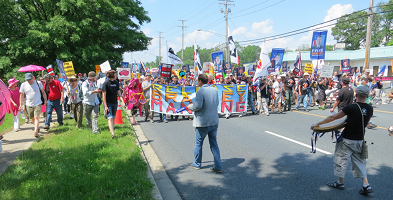 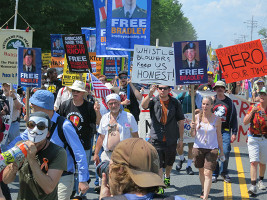