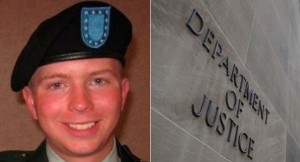 “To one whistleblower, a fortune. To the other, the swift sword of vengeance”, writes Joel Bowman in his article that exposes the hypocrisy of justice that has occurred in relation to whistleblowers under the Obama administration. The article looks at two Bradley’s: Bradley Manning who has been forced to endure a year of solitary confinement and prison for over two years while awaiting trial for exposing war crimes, and another Bradley, Bradley Birkenfeld, a convicted criminal who was recently awarded over a hundred million dollars for exposing 4,500 Swiss bank accounts held by American citizens. And what motivated this Bradley Birkenfeld to blow the whistle? Unfortunately his motivations were nothing like those of Bradley Manning. Birkenfeld did not blow the whistle to inform the public, as Bradley Manning allegedly did. No, Birkenfeld blew the whistle after having been found guilty of failing to disclose tax information for one of his largest clients, “In August of 2009, Birkenfeld found himself on the receiving end of a 40-month prison sentence. Once behind bars, Birkenfeld became a master whistleblower in no time at all.”

The Obama administration, with its campaign promise to protect whistleblowers, must be pushed to account for this obviously biased miscarriage of justice. As the article begins,

“Justitia, commonly referred to as Lady Justice, is said to be blinded or “impartial” in administering her duties. She is supposed to have no masters, to serve no particular interest over another… Increasingly, however, Lady Justice appears to be doing the bidding of one very special interest: that of the United States government.”

Justice should not only work for the government: whistleblowers who help the IRS earn more tax money are not more important than those that expose government corruption – but the military court which holds the fate of Bradley Manning is unable to detach itself from the powerful influence of the military commander in chief – the President – and thus far the President has chosen to persecute one of the most important whistleblowers of this generation, 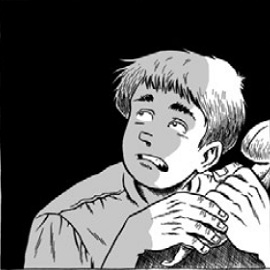 “It seems that ‘whistleblower’ protection goes right out the window when it comes to shining light on our country’s possible missteps”, writes Ed Piskor in his latest comic “Wizzywig”, which dedicates two pages to the government’s persecution of Bradley Manning, going so far as to even include a proper mailing address to send Bradley mail. Beyond the two pages covering WIkiLeaks and Bradley Manning, the story addresses the brutality of solitary confinement: “I think by giving me solitary the idea is to break me down… humble me… I never really talk to people anyhow.” The comic’s main character “Kevin Boingthump Phenicle” and its story are fiction, but they draw on real events as was the case with the section on Bradley Manning, and it is this kind of advocacy that gives the story so much strength. Read more and consider buying the comic here… 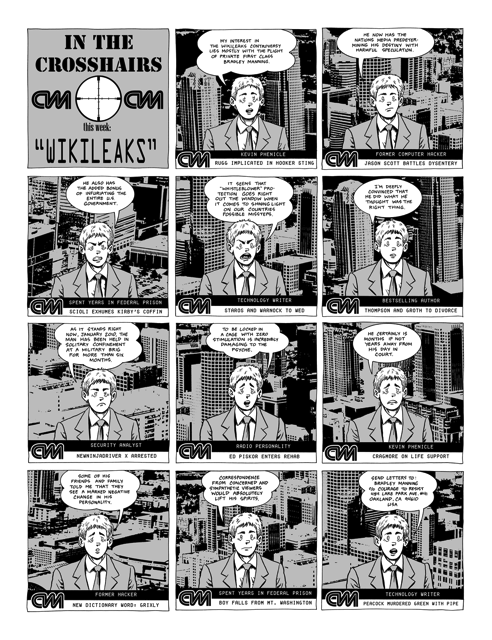 One thought on “Update 9/15/12: Justice unbalanced – whistleblower protections under Obama”