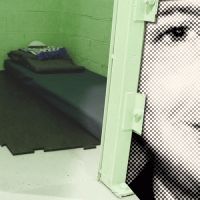 Please join us, and our partners, on this important action today.

If the U.S. government considers whistle-blowers terrorists now, maybe that explains the illegal conditions of Bradley Manning’s pretrial confinement while at Quantico, VA, which some have likened to Guantanamo Bay.

The Obama Administration showed that it was passively willing to accept the military’s treatment of Bradley when President Obama responded to a question about Bradley’s treatment in March by saying he had been assured by the Pentagon that it was “appropriate.” A few months ago, POLITCO filed a Freedom of Information request for documents which showed that Bradley’s inhumane treatment was allowed to continue after an internal Marine investigation in February “determined that Manning’s jailers violated Navy policy by keeping him on suicide watch after psychiatrists concluded he was not a threat to himself, but the commander rejected that conclusion.”

We want to make it clear that it is unacceptable to treat WikiLeaks, a freedom-of-information organization, as a terrorist organization. It is similarly unacceptable for the Obama Administration to allow the military to determine policy regarding treatment of Bradley Manning, who is accused of revealing war crimes.

When you call, please demand that Vice-President Biden apologize for his WikiLeaks terrorist comment. Additionally, please ask President Obama to acknowledge that the conclusion of the Marines’ internal investigation into Bradley’s Quantico treatment conditions was invalid based on interference from the commander.

After calling, you can also e-mail:

Then please spread the word! Ask your friends and family to call as well by sharing this action on Facebook and Twitter and by emailing them the link to this page.

Thank you for all your support this week with the call-in campaign. Every phone mailbox, and every email box, we have listed so far has been filled with messages of support for Bradley Manning. Thank you.

The next action item on our list is to begin planning protests against Bradley’s Pretrial Hearing in which the military will formalize charges against him. To pledge your participation in these upcoming events, check out our new Pretrial Hearing Action Pledge.

Bradley Manning, a 23-year-old US Army intelligence analyst, is accused of sharing a video of the killing of unarmed civilians—including two Reuters journalists—by a US helicopter in Baghdad.  He is also charged with blowing the whistle on the Afghan War Diary, the Iraq War Logs, and embarrassing US diplomatic cables (including the Guantanamo Files). The video and documents have illuminated details of civilian casualties in Iraq and Afghanistan, human rights abuses and atrocities, and the role that spying and bribes play in international diplomacy.

Prior to his transfer to Fort Leavenworth, PFC Manning had been held in solitary confinement in the military brig of Quantico, VA for ten months. While in prison in Quantico, Manning was not allowed to exercise, with the exception of being allowed to walk shackled for one hour each day.  He was denied exposure to sunlight. He was not allowed to sleep between 5am and 8pm, and he had to respond verbally to guards every five minutes.  Although the Quantico officials said these rules were necessary because of a “Prevention of Injury” order, the brig’s own psychiatrists confirmed that Bradley was not suicidal.  In March of 2011, Quantico officials began forcing Bradley to strip naked each night before bed, and to sleep in a “suicide smock.”

The UN Special Rapporteur on Torture, Juan Mendez, opened an investigation into PFC Manning’s treatment conditions. Unfortunately, he was denied the ability to make an official visit to investigate the situation. Although PFC Manning has been transferred to a new prison, Mendez is still requesting to visit PFC Manning to complete his investigation as required by his position as chief UN officer on torture. His requests continue to be denied.